A trip on the Whiskey line

What do you do when you haven't' got anything planned for the weekend and are feeling a bit unmotivated? Well, you drive to Dufftown (41 miles away) and take a trip on the heritage railway that runs between Dufftown and Keith. The railway was opened in 1862 and was closed in 1991 but then a group of devoted railway enthusiasts got together and reopened the line in 2000. 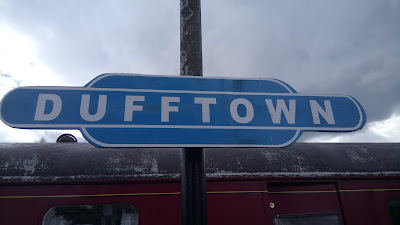 The Keith and Dufftown railway association maintain the station in heritage style and it's really lovely. 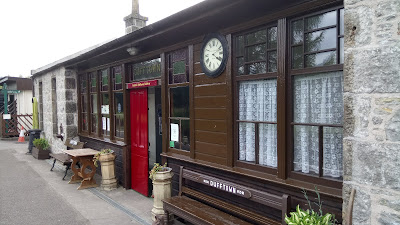 I loved this drinking fountain with the enamel cup chained to it. Great luggage scale inside the station. 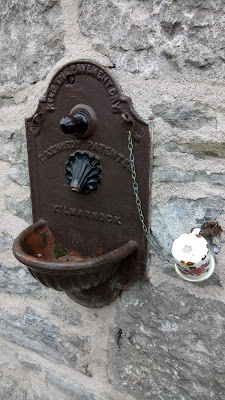 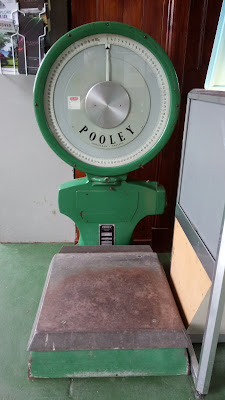 The journey between the two towns is only 11 miles but takes 38 minutes with incredible scenery on the way. As Dufftown is the whiskey capital of the world you go past lots of distilleries. On the train there is a proper old fashioned conductor who comes around and punches your tickets. 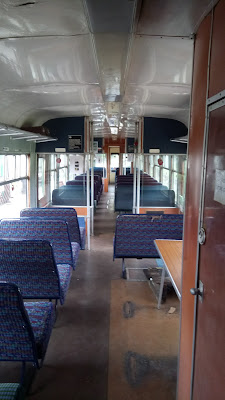 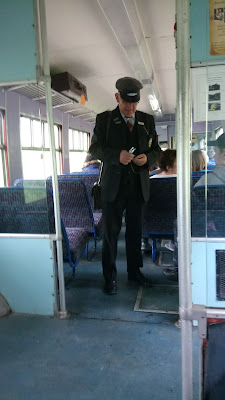 I know it's difficult to see but this field was full of sheep with their cute little lambs and cows with their adorable little calves. I want to rescue them all and put them in a sanctuary where they'll never be eaten - need to start playing the lottery. 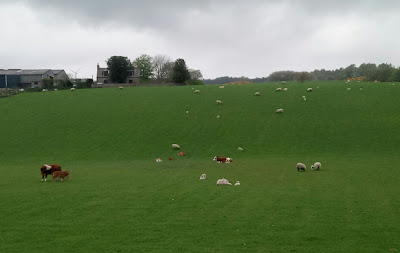 Anther field we went past was full of donkeys - I love donkeys, they're so cute. I'd definitely have room for donkeys in my sanctuary. 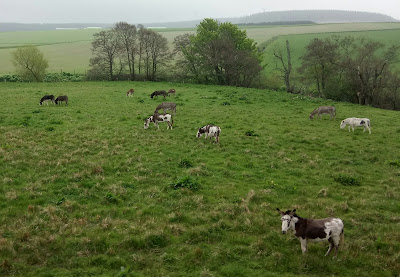 This field that we went past was more Ken's cup of tea - he would've loved it if the train had stopped so that he could explore all the bits and bobs scattered around. 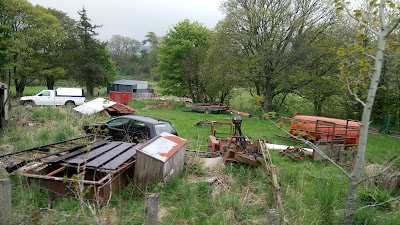 There is one stop between Dufftown and Keith, Drummuir, where people who want to do any of the forest walks can get off. It only stops for a minute - it looked really interesting so we went back later to explore (post to follow). 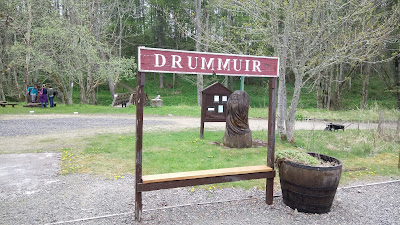 At Keith you can go into the town and get a later train back, or like us you can hang around for 20 minutes and get the train straight back. 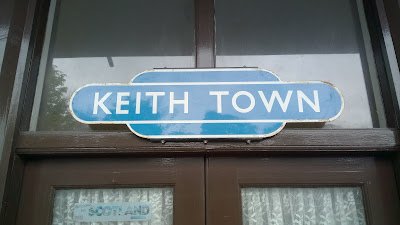 Keith station is restored with period touches just like Dufftown and we found out that they do train driver experiences, which would make a great birthday present for someone. 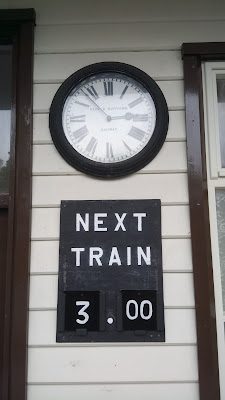 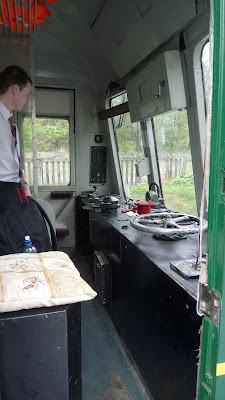 Our train sitting in Keith station. 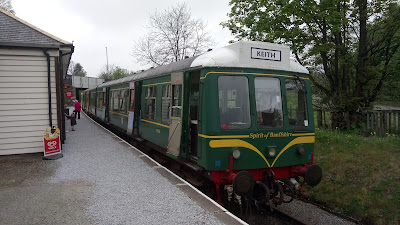 When we returned to Dufftown station we went to the lovely cafe that is set up in an old kitchen car. 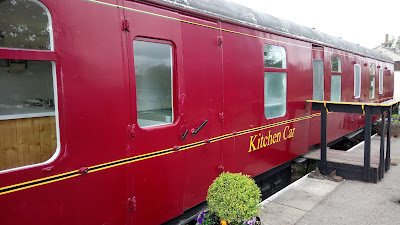 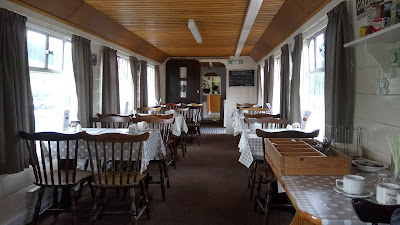 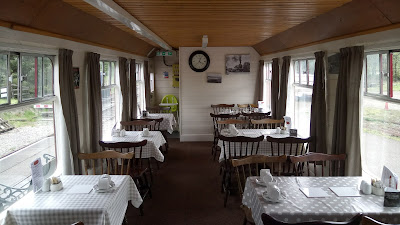 Of course we had to go in and have a lovely latte and cake - it was scrumptious. 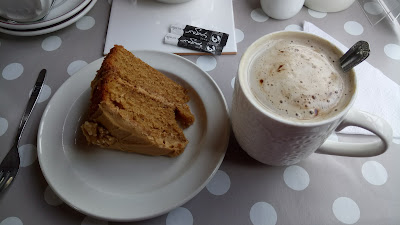 There's lots of old photos on the walls of the kitchen car and some lovely old metal advertising signs. 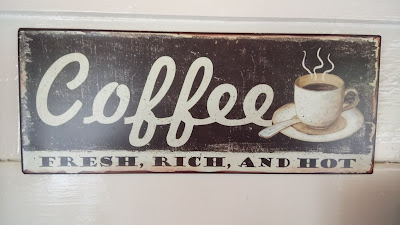 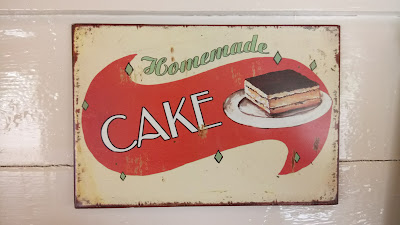 So there you have it, our day that started out with us not knowing what to do ended with a lovely adventure that I've so far only shown you half of. Until then, be good, stay safe, and have a wonderful week wherever you are in the world.