A is for Australia

Here we are on the first day of the blogging from A to Z challenge, and what else would I choose but Australia for the letter A. Yes, I am Australian, and very proud of it.

I grew up on a farm and used to love feeding the calves - getting the cows in for milking, not so much. This is a picture of me trying to convince a calf that it is my friend - don't you just love my fair curls. 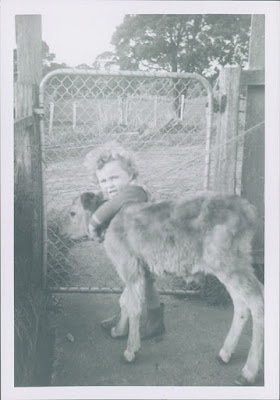 I'm actually from Tasmania, the island state and despite being quite large there are less than half a million people residing there.  We tend to be the punchline for many jokes that mainlanders tell but we can laugh at ourselves as well and have lots of quirky things around the state.  The picture below is from Doo Town, which is a small holiday village in southern Tasmania where most of the homes have a name with the word Doo in it - we like the one below that someone has put a sign on.  It says:  Doomeeup@once.now.ok 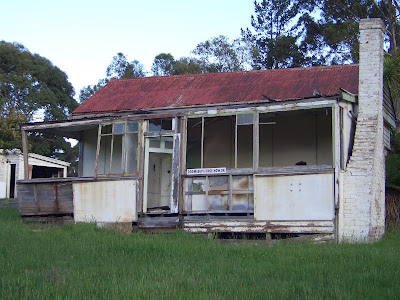 I also lived in Sydney for a few years before moving overseas, so whenever we go home, if we have time, we stop off for a few days to catch up with friends and family and the city itself.  Sydney is a fabulous place and even though I lived there for a while, every time I saw the Harbour Bridge I had to pinch myself to remind myself I really lived there. One of my great friends Kierstan (and my beautiful bridesmaid) lives there and we love catching up and wish it could be more often. 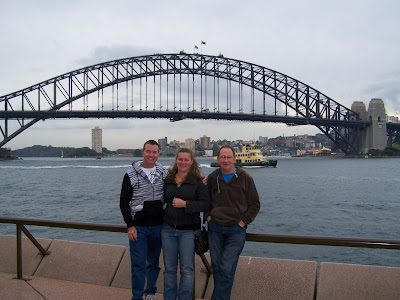 Brian, Kierstan, and Ken in front of the Harbour Bridge 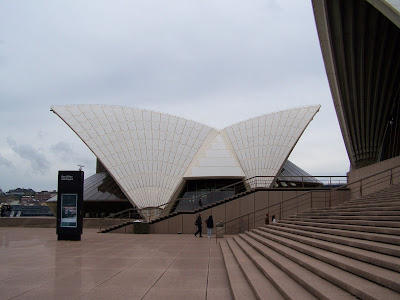 A slightly different view of the Sydney Opera House

Another unique thing about Australia is our wildlife and, ignoring all the things that can kill you, this cockatoo is an example of one of the beautiful birds that call Australia home. 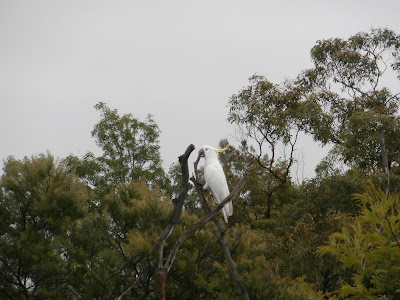 Australia is well known for its beach culture and I was lucky enough to live not far from Manly in Sydney.  It's very popular with the tourists but it's still a local surfers beach.  Whenever home we spend time at beaches as I love being near the sea and until December when we moved to Scotland we lived a long way from the nearest beach.  The sand and the surf really do give a sense of peace as you sit and absorb the atmosphere. 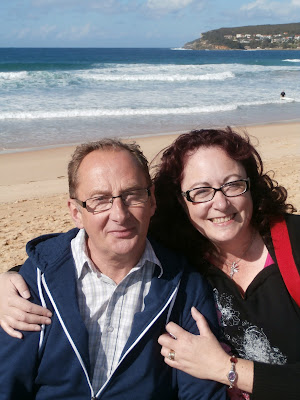 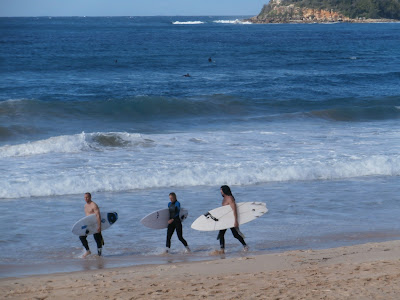 I had to include a picture of the Steyne - it's a pub in Manly and my friends and I used to go to it fairly frequently.  I also had part of my Australian hen night there. 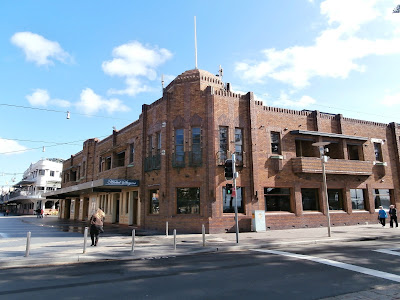 Tasmania is a great producer of fruit and one of it's nicknames is the apple isle.  A lovely place to visit is the Cherry Shed near Latrobe - as the name suggests they are in the business of cherries - here we are standing in front of the children's play area in the shape of two cherries. 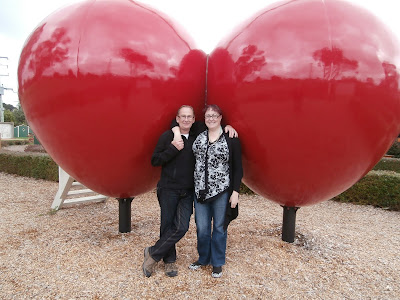 Another quirky little thing that I love in Deloraine is that all the street posts have a little statue on top of them, all different but all really cute.  We loved this one of two men singing and someone has put little knitted beanies on them. 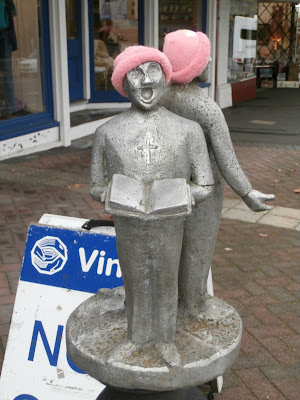 Now of course the real reason we go home to Australia every couple of years is to see my wonderful mum - if only scientists would hurry up and invent transporter machines like they have in Star Trek. Along the coast from where mum lives is a little town called Penguin and one of the star attractions is the big penguin - it's an unwritten law that you must have your picture taken in front it if you visit. 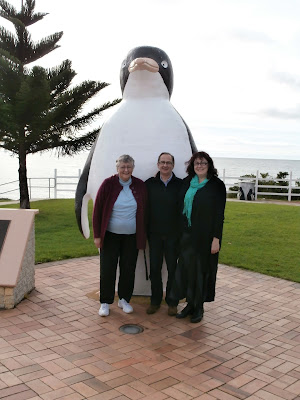 Mum, Ken, me, and the big penguin

I love that I'm Australian and it's really hard to explain why - it's such an integral part of who I am. Even wandering around Darling Harbour in Sydney and watching the sunset over the high-rise buildings makes me feel like I belong. 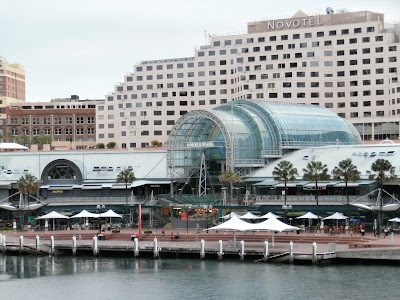 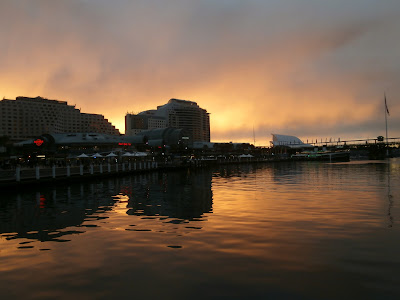 Australia is so much more than a giant island in the southern hemisphere.  It is a country of so many contrasts in cultural heritage, religious beliefs, sporting allegiances, mad weather, and of course the home of Aussie Rules Football and my team Carlton (lets not talk about how the year has started out as I'm sure it's going to get better).

The person who captured perfectly Australia's contrasts was Dorothea Mackellar with her poem My Country - clink HERE to go to the website and read the poem.  The last verse is the one that I really love and means a lot to me.

I hope you've enjoyed this touch of Australia - a large island that will always be a huge part of what makes me who I've become.

Until next time, be good, stay safe, and take a moment to think about what makes you the unique and the wonderful person that you are.

Enter your e-mail address to receive new posts direct to your inbox.