S is for statues

My blogging from A to Z  challenge post for the letter S is about statues, and specifically about the statues in Budapest, Hungary.  It has so many over the whole city, both old and modern, silly and very serious.

The first is a boy on a scooter that you come across as you walk down the main tourist street and despite asking him to hop on every time that we walked past, it took until the last night for Ken to climb on board. 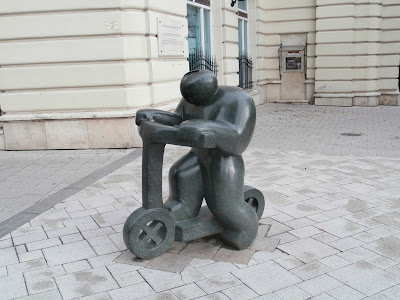 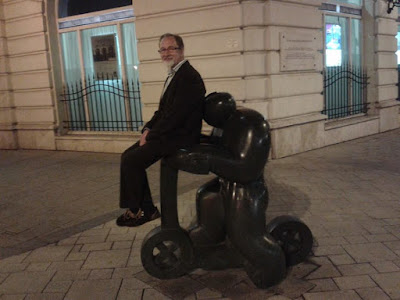 Statue of St Stephen near the fisherman's bastion which has a great view over the city.  It's a popular area and the church nearby is well worth a visit. 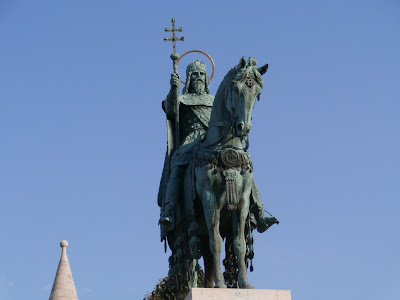 As the plaque was in Hungarian I didn't find out who this statue was but took the picture as I like how it stands out against the sky. 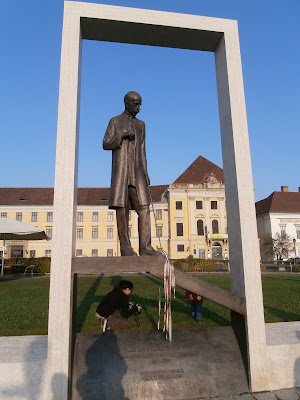 This statue reminded me of a Barbara Hepworth piece, sitting so calmly in the middle of the city hubbub. 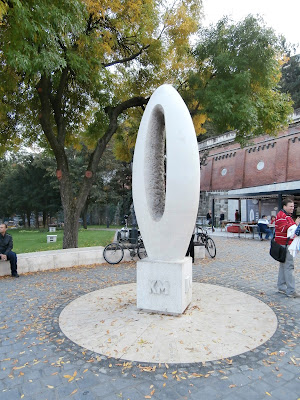 The following two statues sit on Gellert Hill with the second one being the statue of liberty which commemorates the communists liberating the city from the nazis in the 1940's. Lady liberty is holding a palm leaf. You can see the lady from all over the city and is a good focal point to get your bearings from. 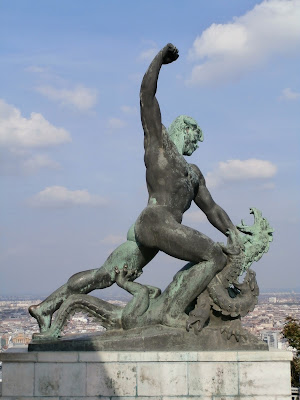 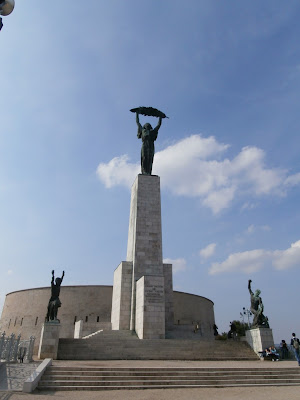 The below memorial is for Raoul Wallenberg who was a Swedish diplomat who helped to rescue Jewish people during the years 1944 - 1945 by issuing them Swedish passports. In 1945 Raoul was kidnapped by the Soviet Army and was never seen again - this is what the abandoned briefcase represents, the fact that he is still missing.  I love learning the symbolism of statues. 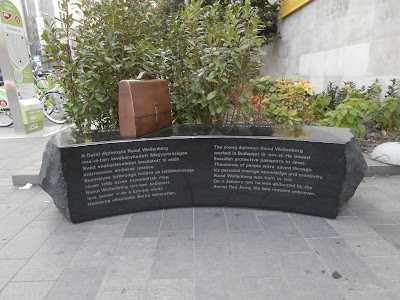 One of the most poignant memorials I have ever seen is the shoes on the banks of the river Danube. These represent the Jewish men, women, and children that were shot by the nazis for the river to wash away during the second world war. Amongst the shoes are flowers and candles from people remembering those killed for no reason. 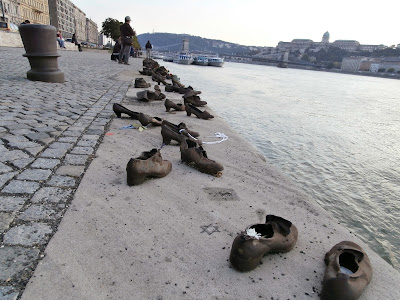 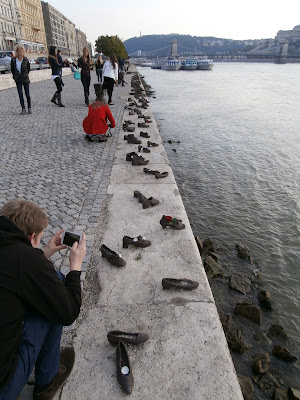 A really interesting place to visit is Memento Park on the outskirts of Budapest.  This is where they have placed all the huge communist statues that used to be all over the city.  Budapest became a communist city after the second world war and didn't gain freedom from this until 1990.  This park is a snapshot of what the city was like during that time. 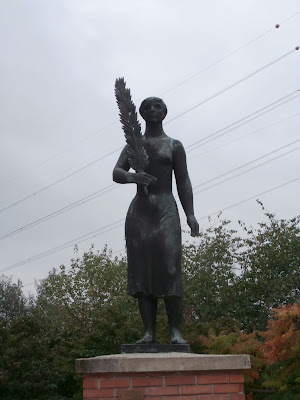 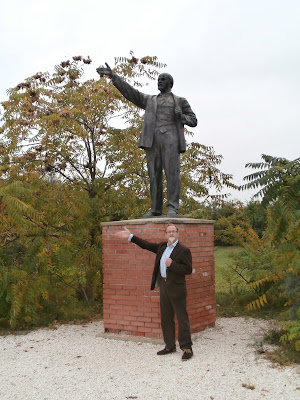 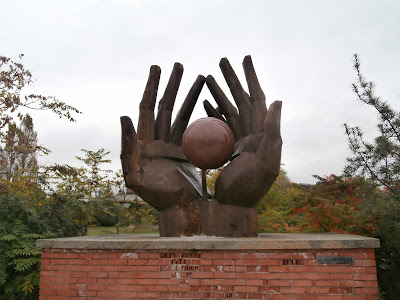 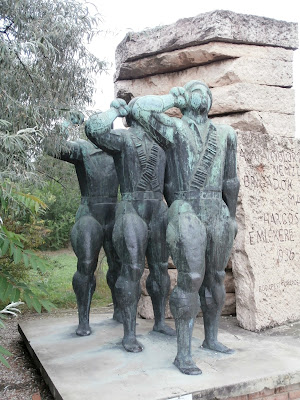 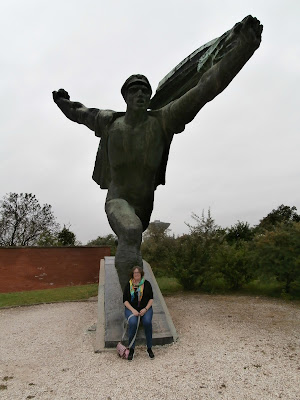 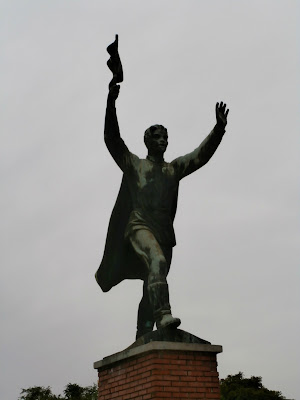 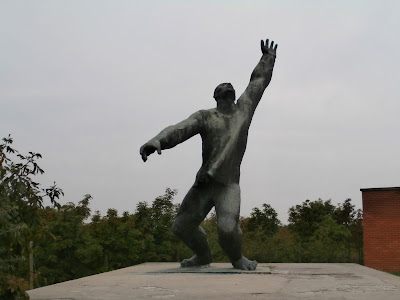 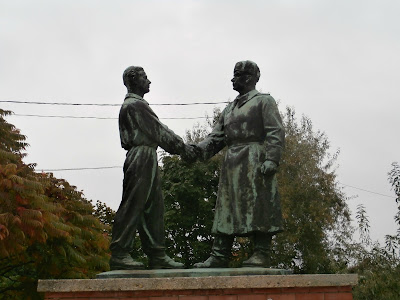 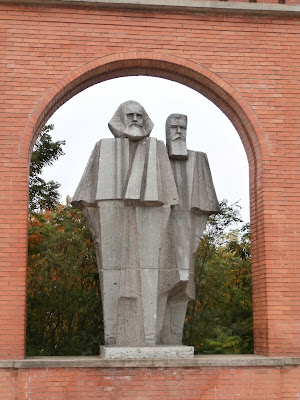 This is all that is left of a a very large statue of Lenin - the statue was trashed by the people and all that remained were the boots. 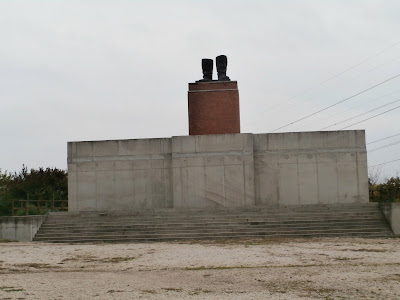 This statue is of the Hungarian poet Attila Jozsefs - he sits staring at the Danube with an air of melancholy around him. He had lived with depression since he was a child and finally committed suicide at the age of 32. 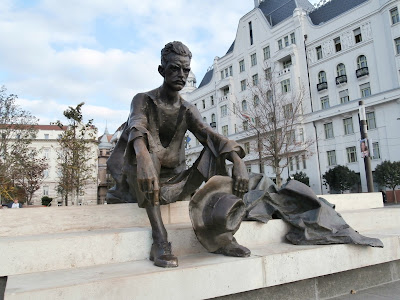 I know I've included him in one of my previous A to Z posts, but I couldn't resist putting him in again as he was the most bizarre statue we came across - Peter Falk (in full Columbo mode) and his dog. He's on Falk Miksa street and apparently there's some tenuous link to a 19th century political figure which the street is named after. 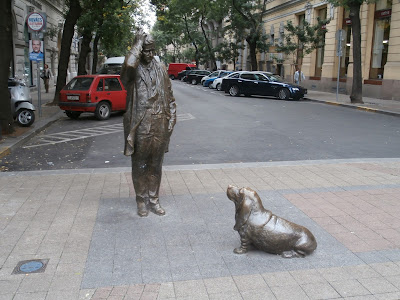 Final shot is of a statue that to us looked like a tree trunk with the branches lopped off - we used it as our guide for knowing where we were when wandering around. Do you ever do that when you're in a strange place, have a point of interest that becomes your friend? 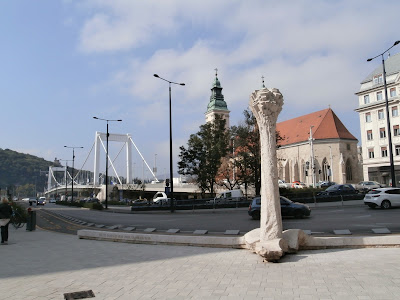 Until next time be good, stay safe, and take note of the statues in your area.