C is for Cats

C could have been for lots of things that I love including cookies and cake, but neither of these are as important to me as cats - I'm a little bit obsessed!! I recently saw a t-shirt with a brilliant saying which I think should be my slogan: "One cat short of crazy".

Growing up on the farm we had a lovely cat called Kieran - she was a grey tabby cat, and was a proper farm cat.  Then when I was 9 I got a kitten that I named Fluffles - unfortunately after only having her for a short while Fluffles met with an unfortunate accident, so then I got another Kitten who I named Tiddles and we had her until she was 16.  Tiddles was a lovely cat, tortoiseshell, with a floppy belly and when she got older she used to drool a lot when she was happy.

Now Ken and I have two furbies, Cookie and Muffin, who are sisters and 12 years old.  They are an endless source of comfort and laughter, both having very unique personalities.  Cookie is the tabby one and Muffin the black one. 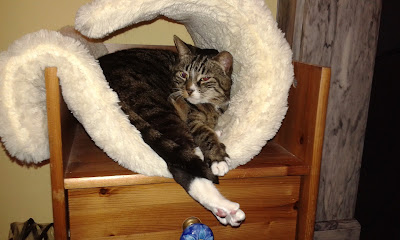 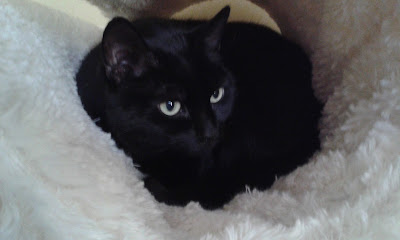 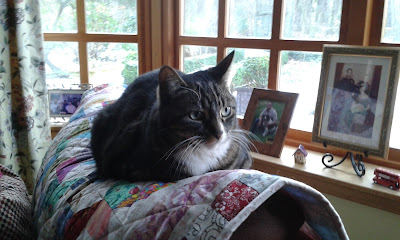 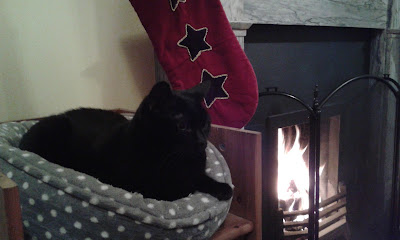 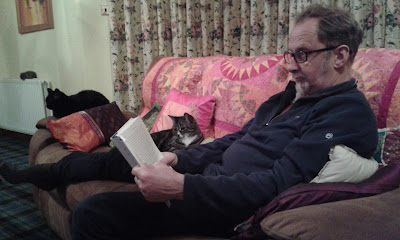 Whenever Ken and I are out and about I'm always on the lookout for cats as I love meeting and having a chat to them.  We've met them in countries all over the world.

This gorgeous little black cat was mooching around a park in Budapest - he was so friendly and I wanted to bring him home. 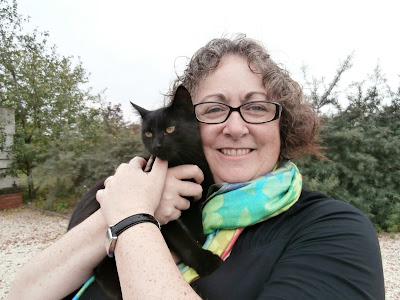 Since first reading about a cat cafe in the USA I'd wanted to go to one, so as soon as the London cat cafe opened we went along to meet the pampered Moggie's. It was a lovely experience and if we didn't have our own cats I think we would have been regular visitors. 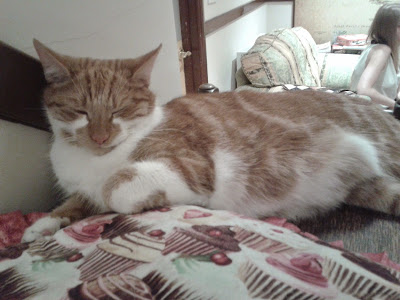 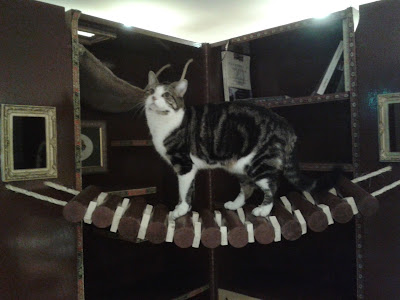 The cat below lived near us in London - we called her neighbourhood cat. She was such a tart, giving her affection to anyone who walked past.

This cat (that looks slightly terrified, but I promise you she wasn't) lives in the same street as my mum in Tasmania.  She was absolutely adorable, talking to us non stop until I picked her up - we think she was pregnant as she was rather rotund. 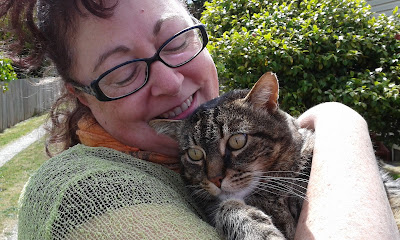 The next international cat is from Budapest - he was in charge of a lovely cafe.  The first time we visited this cafe he allowed us to sit at his table with him, and the next time we went by he was outside trying to tempt potential customers inside. 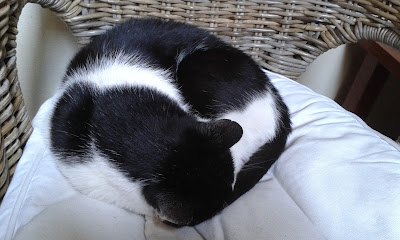 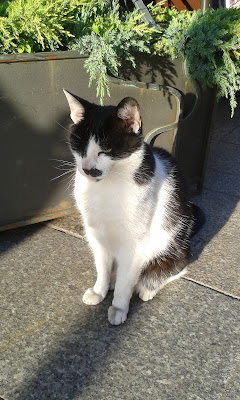 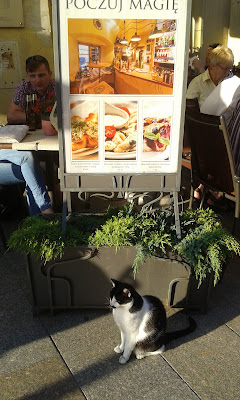 Now that we live in Scotland I've been trying to perfect my accent so that the cats up here will be able to understand me.  The cat below we met when walking up the track beside the river in Nairn - lovely cat. 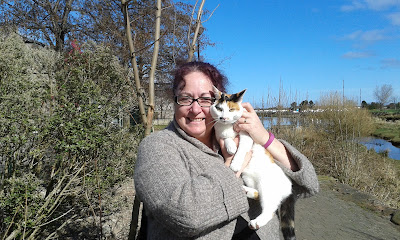 Final two shots of our brats - Cookie doing her yoga and Muffin being friendly and sitting on my knee. 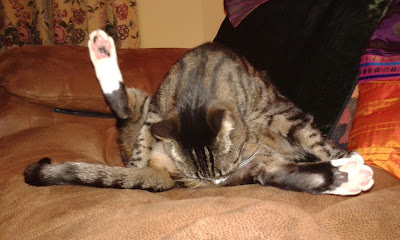 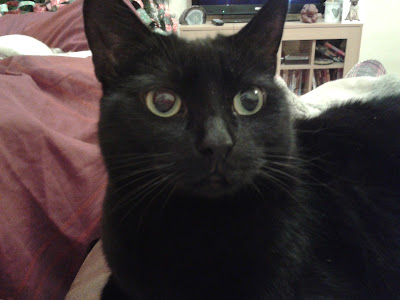 Cats (and other pets) are a great source of stress release and companionship, so if you've ever thought of getting a cat then go ahead and rescue one from your local animal shelter.

Until next time stay safe, be good, and have a chat with the next cat you see.