Duirinish, on the west coast of Scotland and 95 miles away from home, is a small crofting township. 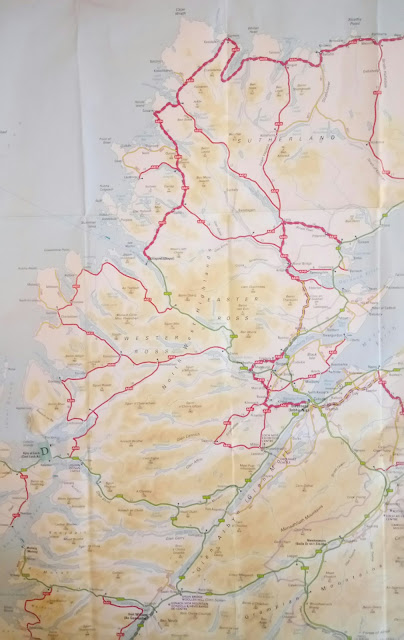 We stumbled upon it when we were exploring the area one day and it's really lovely, with traditional houses, a river running through it, and ducks roaming free. 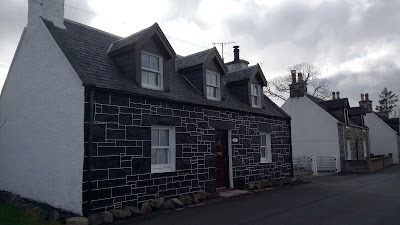 Duirinish used to be one large farm but in the early 1800's the land was split up into crofts for families that had been displaced in the Highland Clearances which were started after the battle of Culloden (see previous post). 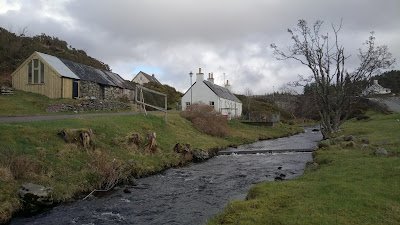 The very sturdy stone bridge which carries the main road over the river and away  was designed and built by the famous engineer Thomas Telford in 1826. Telford also built the Caledonian Canal, redesigned the Crinan Canal (which passed in front of the house my beloved grew up in) and built 32 churches across the Highlands and Islands - he's buried in Westminster Abbey in London. 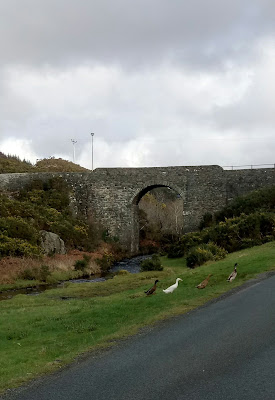 At the end of the 1800's the village had a population of just over 100, but now there are about 20 people living there. Both of the world wars had a major impact on the population with men killed in the war and land being reappropriated by the government for an ammunition store. 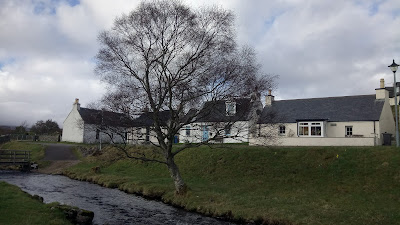 As you walk from one end of the village to the other (it doesn't take very long) you see evidence of crofting with these beautifully restored and painted pieces of farm equipment. 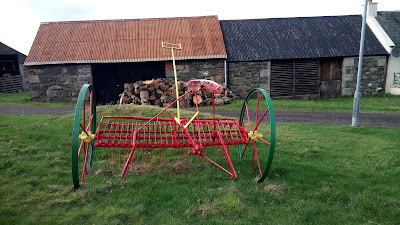 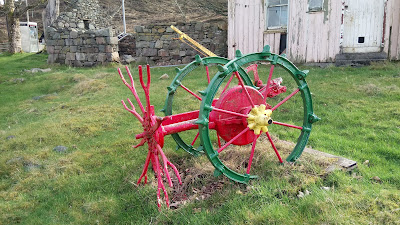 Then further along in the village there are rusty old bits of farm equipment - I think I prefer these weathered pieces. 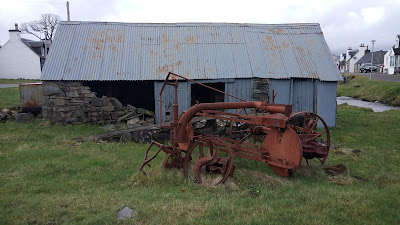 I love this piece of the old machine as it has the Yin and Yang in it. 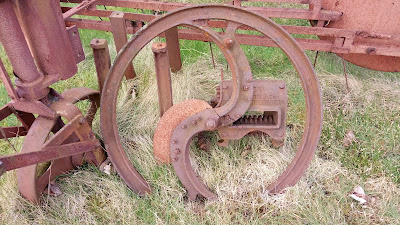 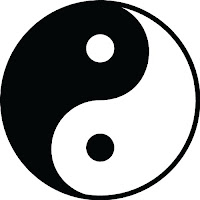 This was my favourite house in the village - it may look a little rough around the edges but it's pink!! How perfect is that? Not only is it pink, it has a cat flap in the front door so it's already set up for a crazy cat lady like me to move in - the only problem is that the commute would be a bit of a killer. 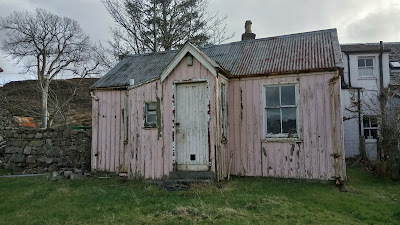 There's my brief D post, which matched the smallness of the village of Duirinish. Before you go, why don't you pop over to the A to Z Blog and see what my fellow bloggers have come up with for the letter D - click HERE to visit.

Until next time, stay safe, be good, and enjoy where you live this week.

P.S: The mention of cats has made me want to share a recent picture of Princess Cookie Cat with you - she never features in our trips out and about as she stays home to look after our place and be a diva. 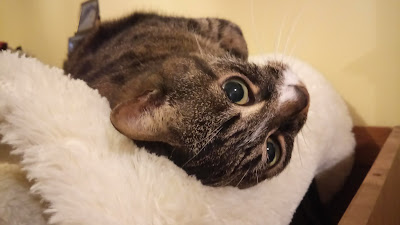