P is for Plockton, the home of Hamish Macbeth

With the threat of Q looming large in this A to Z blogging challenge, we're up to P and we visited Plockton which is on the west coast and 88 miles from us. 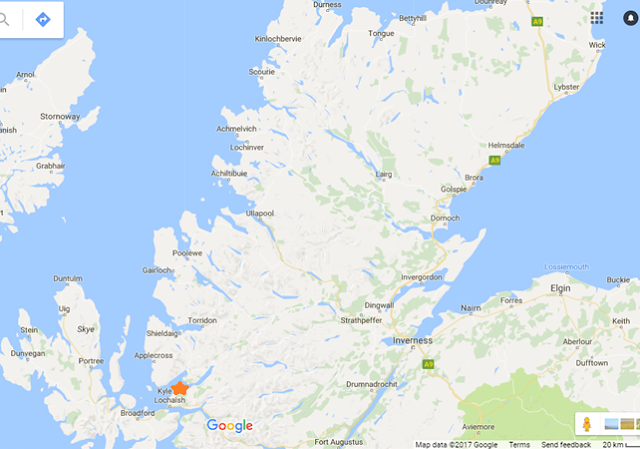 On maps it may be called Plockton, but to many of us it will always be known as Lochdubh, the fictional village full of quirky characters and the very gorgeous local policeman, Hamish Macbeth. I loved that show and have it on DVD to watch whenever I want. In case you've never heard of it, here's the IMDb listing for you which explains the show.

It's a very picturesque village with houses, hotels, and cafes along the waterfront. There are even palm trees growing here. 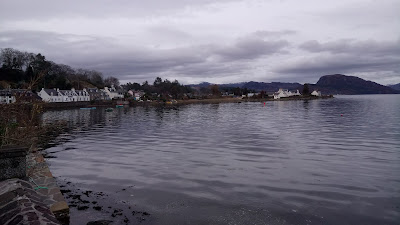 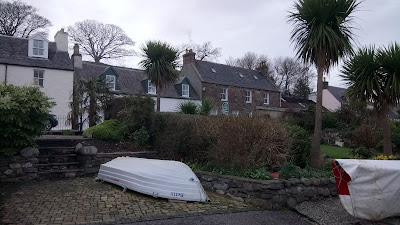 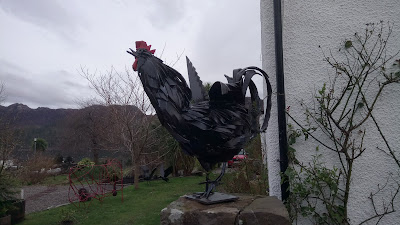 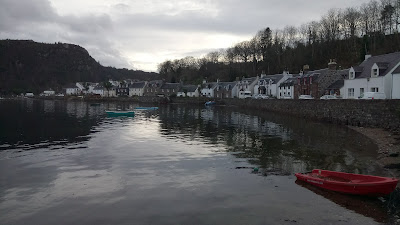 We stayed at the Plockton Inn which is really lovely and allows dogs to stay so that immediately gets a big plus from us. The food is amazing, with fresh seafood that tastes scrumptious - this is the seafood platter I had on the first night (I'm a pescatarian not a vegetarian, but I get fed up explaining that as people think pescatarian is some weird religion). 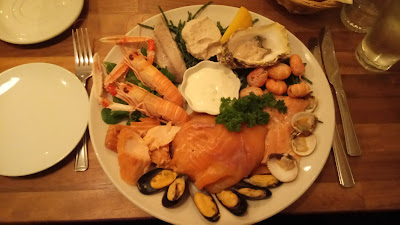 Originally Plockton was a crofting area but like so many in the Highlands it was hit by the clearances when the wealthy landowners wanted to graze sheep as they could get more money. In the 1800's a wealthy landowner gave tenants land and eventually the village sprang up around the herring industry, commemorated by this statue below. 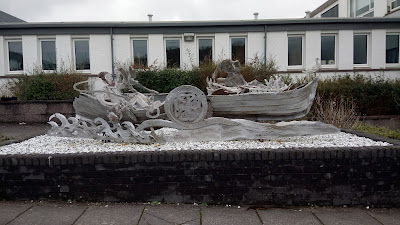 Of course we found a lovely little church and graveyard to explore - it would have been rude not to as it was nearly opposite our hotel. 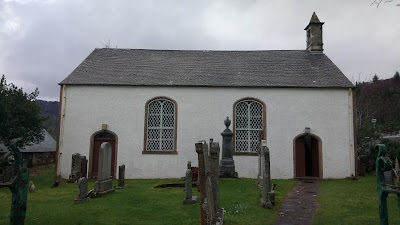 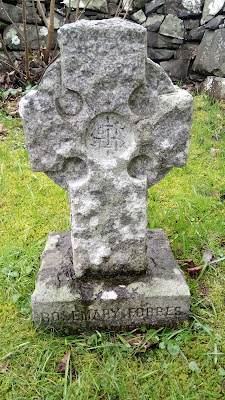 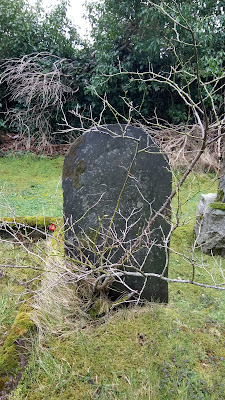 Bramble Jelly loved it as she could run for miles along the loch front and of course she had to go for a swim. 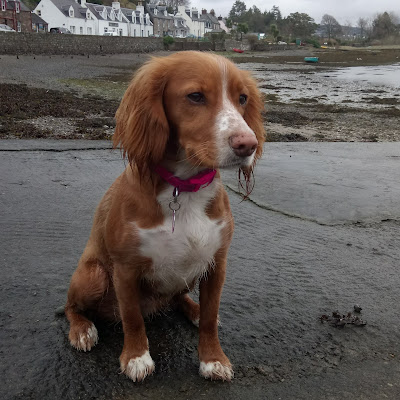 There is a little tidal island in the harbour that you can walk out to at low tide - it gives a great view of the village. 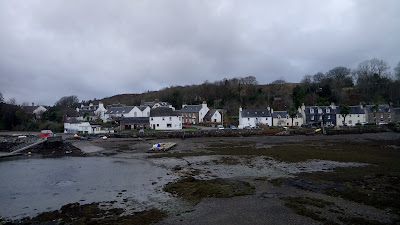 The two of us with Loch Carron in the background. 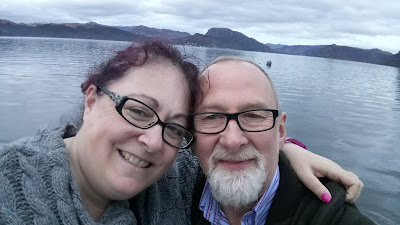 A couple of shots from our wander around the village. There is a small pier where a few vessels were tied up. 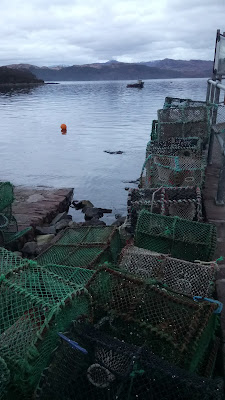 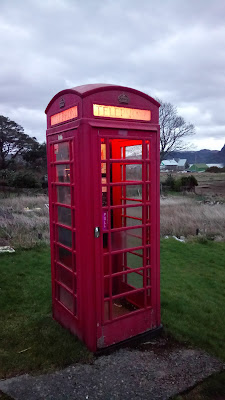 Whilst we were in Plockton we went to the bar of the hotel we were staying in to watch the six nations match between Scotland and England (Rugby Union), the two old enemies. This dog wasn't at all bothered by all the noise, and most of the time he just slept but if the crowd roared too loudly he would just lift his head, look around, and then go back to sleep. 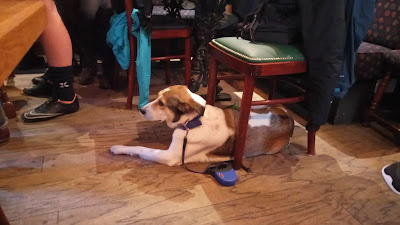 In case you can't see the screen, the score was England 61, Scotland 21 - oh dear, oh dear. There was one very brave soul in the bar with his England top on amongst many Scots, but the thing I love about Rugby is that everyone congratulated him at the end and they all just bought another round of drinks. 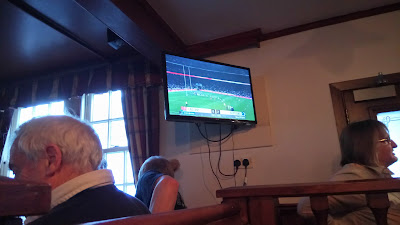 Last night at the hotel and I had this fabulous plate of Langoustine cooked in garlic butter - wonderful. 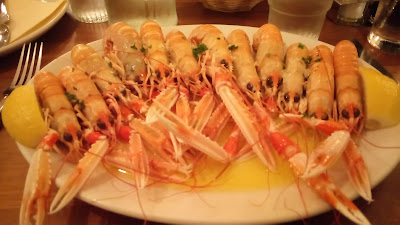 So that was a very brief visit to Plockton. Before you go, why don't you pop over to the A to Z blog and see what my fellow bloggers have come up with - Click Here to Visit.

Until next time, be good, stay safe, and have a great day.