Z is for Zero

It's here, the final post for the A to Z blogging challenge, the 26th post in the month of April and I've chosen the temperature we see way too often, Zero.

When we made the decision to move to Scotland in 2015 you would have thought we were moving to Outer Mongolia or the North Pole with the way people reacted. The one thing we can do in the highlands which you couldn't do very well in London, is breathe beautiful fresh air.

This photo is taken on boxing day 2015, three days after I arrived and we'd gone for a very bracing walk along the beach. Ken's hair is looking windswept and interesting - mine is as well but I'm hiding it under my (little red riding) hood. 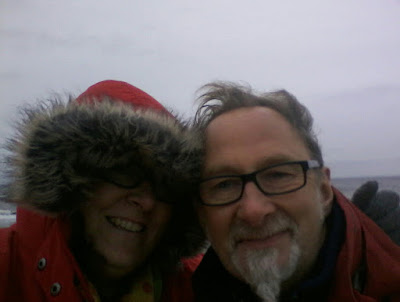 I think our two kitty cats were the most shocked at the weather and took to sleeping in our bed which they'd never done before. We'd look for them in the daytime and find two lumps under our duvet - it was their go to spot on a cold day. Luckily they were indoor cats as I don't think we would have convinced them to go outside in winter. 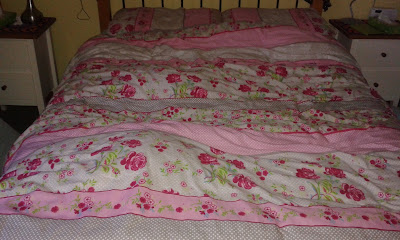 Our neighbouring highland cow on a day that was very minus zero. 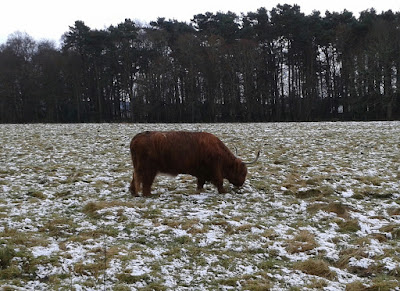 We've both got an assortment of hats for the weather and we've perfected the art of dressing with multiple layers. Interestingly, my beloved who grew up in the highlands, usually has more layers on than me, the girl from Australia. 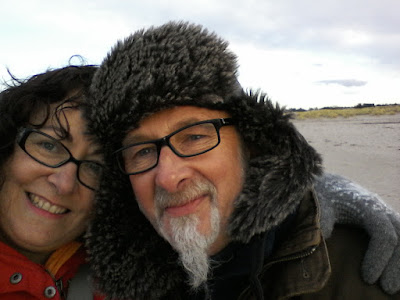 We don't let the below zero temperatures stop us from doing anything, and the frost actually makes graveyards more atmospheric. 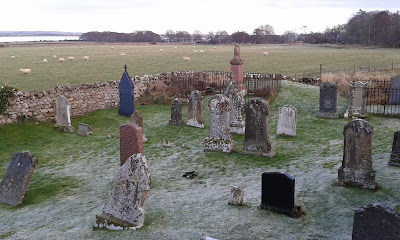 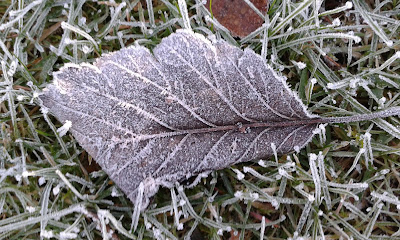 The coldest temperature ever recorded in the UK was in the highlands at a place called Altnaharra which is 82 miles from us - in 1995 it reached the low of -27.2 degrees celsius. 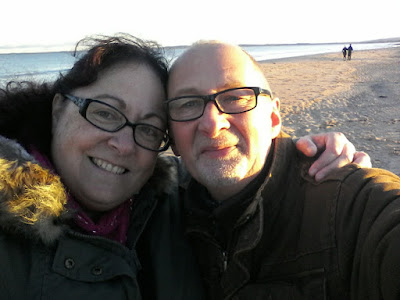 This picture was taken on Dornoch beach mid afternoon and there is still frost covering a lot of the sandd. 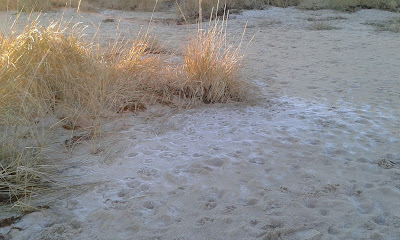 Princess Cookie Cat only occasionally sleeps under the duvet now, coming out to be sociable on a more regular occasion - we do make sure there are lots of snuggly beds around the house for her to hide in. 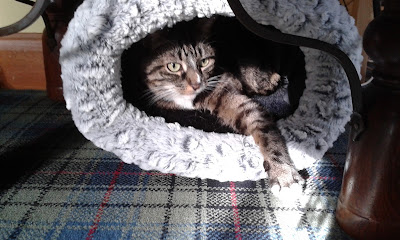 Muffin Monster sort of came out from under the duvet but she still slept on our bed most of the time and occasionally in it. She even slept on top of me during her last few months as I think I was her own personal hot water bottle. Our little monster even died in our bed with us beside her - soaking up that warmth till the last minute. 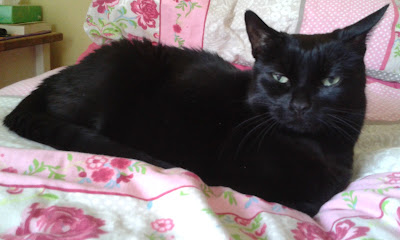 This is a picture of the garden at Maggie's Highlands where I work - the snow on the mounds always reminds me of icing sugar on a cake. 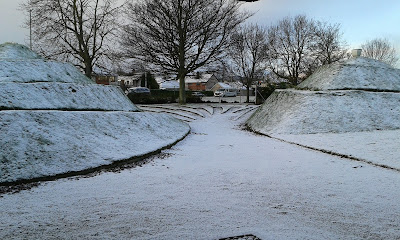 Strange as it may sound, but I actually quite like the cold weather - it's growing on me. As long as it's dry and we can still explore this gorgeous corner of the world, then we just layer up and go for it. 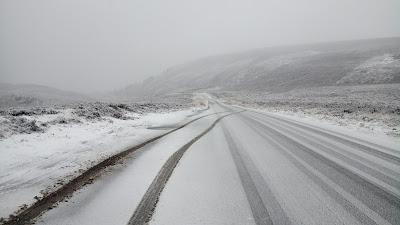 Bramble has grown to love the snow and constantly tries to eat it. We throw snowballs for her to chase and she can't understand why she can't find them once they hit the ground. 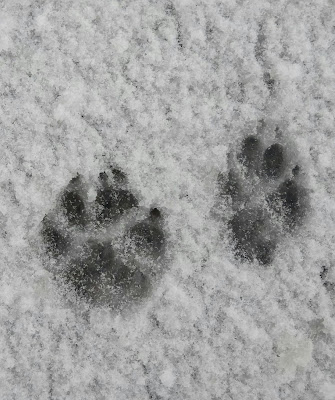 Family selfie in the minus zero weather (minus Cookie of course) - we really need to get Bramble Jelly a proper coat before next winter. 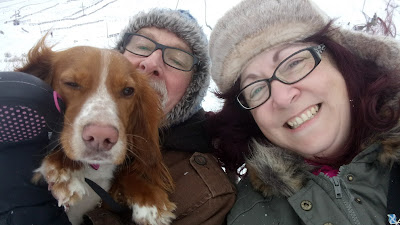 So there you have it. The last post of the 2017 A to Z blogging challenge - I feel like cracking open a bottle of champagne. Before you go, why don't you pop over to the A to Z challenge blog and see what my fellow bloggers have come up with for the letter Z - Click Here to visit.

Until next time, be good, stay safe, and thanks for visiting during the April blogathon.

Email ThisBlogThis!Share to TwitterShare to FacebookShare to Pinterest
Labels: Bramble